SQUAD Students' Quest for Unity in the African Diaspora

Learn about the distinct history and community of Black students at Tufts and become familiar with the Tufts' Africana Center and the resources it offers.

SQUAD (Students' Quest for Unity in the African Diaspora) is a four day student-led program focused on fostering and celebrating relationships within the African Diaspora. Our mission is to create a safe and welcoming environment of unity, collaboration, learning and socializing as students navigate African-diaspora specific challenges on the campus and in their lives. Additionally, participants will explore African-diasporic history, culture, and community in Boston. 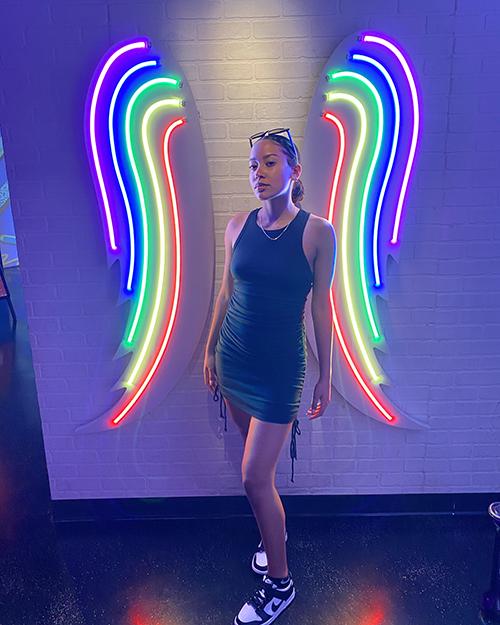 Jasmairy is from Lynn, Massachusetts, and she is currently a sophomore majoring in Community Health with a minor in Education on a pre-dental track. On campus, she is an intern at the Africana Center as the Interactive Media intern, as well as the Promotions Manager at the Latinx Center. When she is not reading community health papers or discovering new study spots around campus, she is hosting dinner parties with her friends, planning photoshoot ideas, or exploring new food spots around the area. Some of her favorite things about Tufts are food trucks at the academic quad, free water bottles, and dance performances. She is incredibly excited to meet and work with the class of 2026! Jasmairy believes SQUAD allows students to network and build close relationships with one another, which can ease the transition into college. 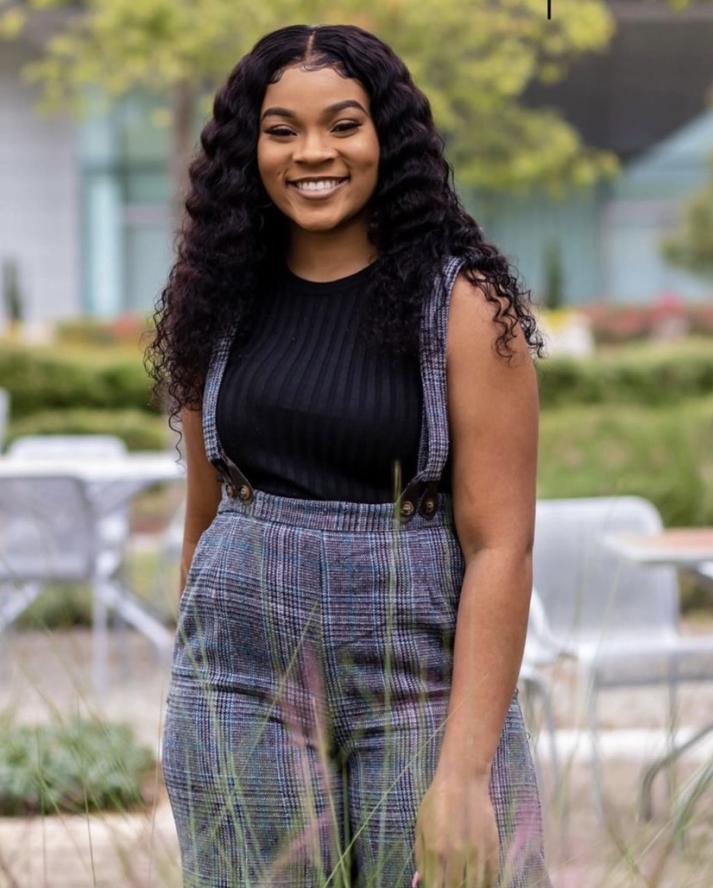 Aviance Haymon is a rising sophomore from Osceola, Arkansas. She is interested in majoring in Community Health on a pre-medicine track. Outside of the classroom, Aviance is involved in ENVY Step Team and being a lab assistant in the Chemistry Department. When Aviance is not studying, you’ll likely find her braiding hair, trying out a new, fun hairstyle, dancing, or watching Netflix. She most enjoys the welcoming environment of Tufts, the dance teams on campus, and the abundance of activities that keep students involved and entertained. As a previous participant in SQUAD, Aviance is excited to welcome the class of 2026 to Tufts University and the opportunities that lie ahead through the fun experiences in the SQUAD Program. 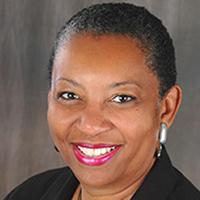 Africana Center Director
As director of the Africana Center, Katrina serves as a campus resource and educates the community on emerging issues regarding students of African descent. She is responsible for establishing the Center's vision and advocates on behalf of students in cases of intolerance and/or discrimination. She works closely with students and student organizations to develop effective programs and initiatives to enhance the co-curricular experience of students and build leadership skills. A sought-after campus leader, Katrina participates in committee assignments, both within the division and the broader Tufts community. 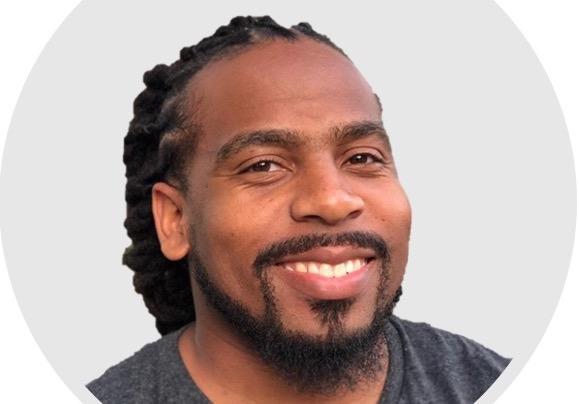 Africana Center Associate Director
As Associate Director of the Africana Center, Montez strives to bolster the Center’s student support and programming initiatives and to enhance the quality of the student experience. He is primarily responsible for programming logistics and center operations. In addition, he also works closely with the Africana Center student interns and peer leaders to provide continuous outreach to the larger Africana community. Montez also works collaboratively with the five associated identity center under the Division of Student Diversity and Inclusion (DSDI). A Tufts graduate, Montez’s interest in the field of higher education began through his work as a student leader/employee and has manifested in his return to campus with a wide range of skills and experiences that he brings to the Africana Center team. Ever eager to connect with the Tufts community, Montez is committed to doing the work to ensure that students feel welcomed and find a sense of belonging on campus. 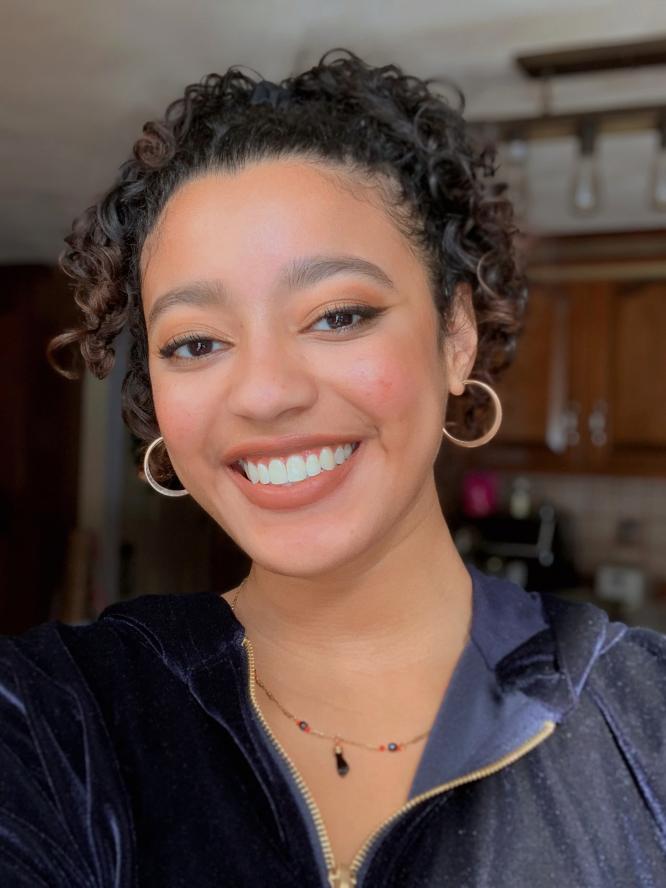 Kiarah Hortance is a Tufts graduate (A’21) from Methuen, MA. As the Program Assistant of the Africana Center, Kiarah works to create programming and resources that meet the needs and interests of Black Tufts students. She works to build relationships with student communities and collaborates closely with Montez and student leaders to enact the vision and goals of The Africana Center and Division of Student Diversity & Inclusion. Kiarah is devoted to the arts and strives to create spaces where students feel empowered to show up authentically and pursue holistic enrichment. She is excited to grow and form connections with the dynamic Tufts community!

A Typical Day of SQUAD

What we might do on any given day based on past years’ programs.

Students spend their time during SQUAD thinking through what a utopia could be for the Black diaspora via the information they gather through activists during their pre-orientation experience. Below are the utopias groups created, with the support of their Peer Leaders. 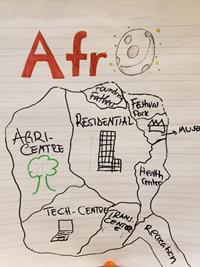 Afromoonian history starts with the discovery of “moonstone” by Black Scientists. After returning to earth and examining the mysterious stone, scientists notice that moonstone is reactive to music. The rock communicates to the Diaspora by “calling” them to the moon, and those chosen have a choice to respond (by going). Afro World features an Oxygen rich field created by the growth of plants native to Afro World. Afro World also has Self Sustaining building, music, shields, and a 4-day week, and 4 months in Afro World time is equivalent to 1 year on Earth. There is free Health Care, and an interactive education system where school doesn’t “end”, instead Afromoonians continue to learn. There is no “rigid curriculum”, and there is a lot of hands-on experience and internships available. Students can even choose to study abroad on Earth or other planets. Afromoonians have no need for money, and the only crime on Afro World is being off beat, which is requires that the guilty must appeal in the court of law and be punished for not having rhythm. Afromoonians are culturally tied to music, honesty, providing safe spaces, mental health, and confidentiality, and actively implement these into their daily lives. 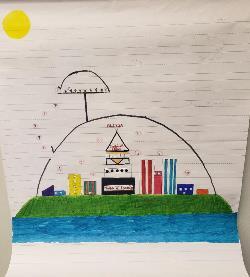 Founded in the 1960s by Black Americans who were fed up with the violence during the Civil Rights Movement and decided to found a new country. Over the years, it became a place for refugees across the Diaspora. We called other nations gain the independence through negotiation. Every popular black artist who “died” actually faked their death and secretly moved to Glizza (Aaliyah, Biggie Smalls, Whitney Houston, Aretha Franklin, Lorrain Handsberry, Tupac, Bob Marley, Left Eye? You get the point)/ The land was never colonized because it was found by Black Americans in the 1960s. Located in the Caribbean, we possess he Temple of Knowledge (which serves as a library/Community Center), fertile soil resistant to all extreme weather conditions, Bubble Transporters act as our mass transportation across the Island with a teleporter that can transport people anywhere in the African Diaspora. The source is a tree that produces fruit that can heal/cure dangerous conditions like cancer and wounds. The seedless fruits of this tree are the basis for our economy and is in limited supply. Our government operates on a Council of Elders to act as a governing body. Security/Law enforcement is a made of a protective bubble/shield and the island moves periodically with citizens sworn to secrecy of its location. Everyone has a therapist to assist with mental health. Immigration operates with Embassies in all of the African Diaspora with teleporters that allow refugees to enter. All religions are welcomed. Education is free, and labor consists of the construction of schools, agriculture, etc. The artists that faked their death perform for the people of Glizza and there is an amusement park on the island. 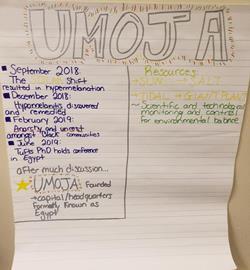 In September 2018, there is a solar shift that resulted in hypermelanation. Those without much melanin could not survive the sun’s radiance, so they had to live underground and in places without much sunlight (not many due to the solar shift). Hypomelanitis (Condition that resulted from hypermelanatin in those without enough melanin) was discovered in December 2018 and remedied. Anarchy and unrest swept through Black Communities that were forced to not only take care of themselves, but those without enough melanin to survive above ground. In June 2019, a Tufts PhD holds a conference in Egypt and after much discussion, Umoja was founded as a capital /headquarters. Due to the strength of the sun, sunlight is now a main source of sustainable energy. Salt became more abundant due to boiling sea water, tidal waves became more useful to use as energy, as well as plants that grew several times larger due to more sunlight. The earth was fragile, so scientific and technological monitors controlled what could be used so that the environmental balance would not be disturbed. 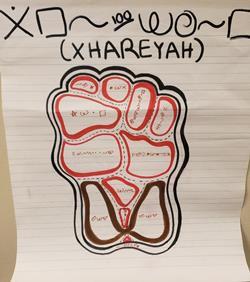 There is a meteor that hits modern day Florida. The meteor is filled with a crystal named “Chochladyte”. In its raw form, chochladyte is extremely reactive and those who touch it die immediately. Following the discovery of the deadly material, everyone flees from Florida. A young black child by the name of Xhareyah touches the crystal when she sneaks away from her parents and survives. Her mother and father also touch the crystal and realize that they too can resist the harm from the chochladyte. After government officials realize that only black people can survive in Florida, they set up a series of explosions so they the black people cannot learn how to use the new, rich material. Chochladyte, however, is highly resistant, so the explosions do nothing to it, and on coincidentally, breaks the remaining parts of Florida surrounded by chochladyte into a fist. September 4th will forever be known as Xhareyah Day.

SQUAD for me is an experience that, I’m really fortunate that I had because it really shaped the way I moved through Tufts within the first coming weeks and really gave me a lot of connections that I value to this day.

Without SQUAD I don’t think I would have known how much support was available to me especially on this campus, especially being a black student where we’re such a small percentage. I had no idea that there was so much to be offered to me and SQUAD definitely showed me who is here to help me.